It was during the lull preceding WWII when my uncle went to Roaring River, North Carolina to stay with his uncle (my grandfather’s brother). There he met a beautiful young woman named Wanda Smithey. (I may be misspelling her name as I have only heard it spoken and not seen it written down anywhere.)

They were fond of each other and she gave him a portrait of herself, one professionally taken in the Paul Harvel Studio in downtown North Wilkesboro, North Carolina. I’m sure it wasn’t inexpensive for that day and age. 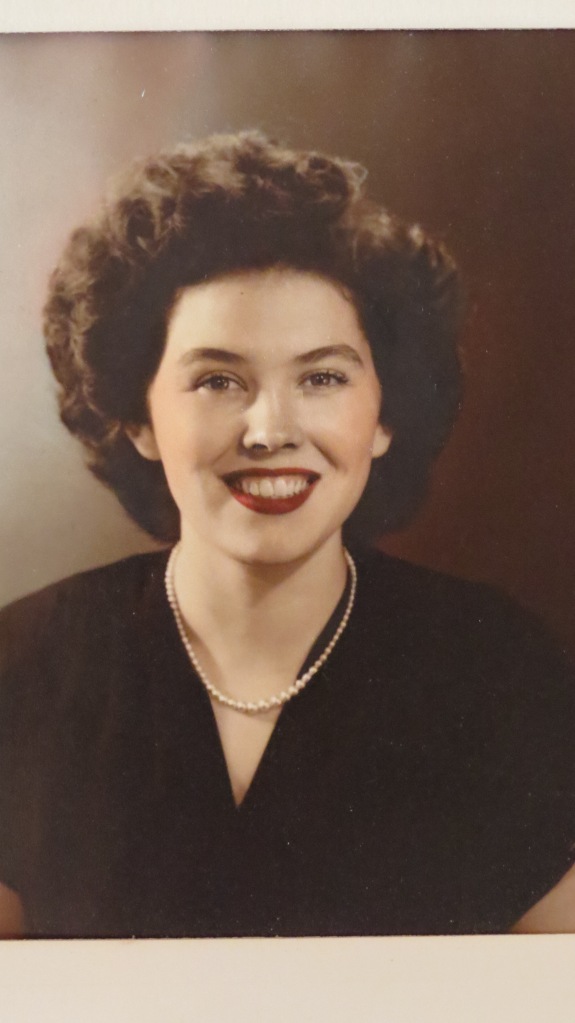 Then Pearl Harbor was bombed and my uncle joined the military, as did most of the young men in that community. 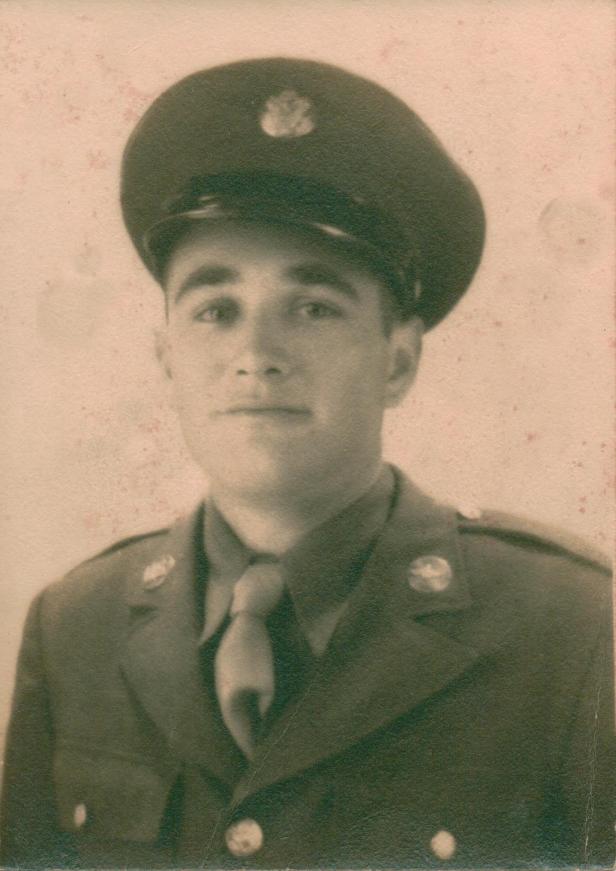 He was sent to England and France and I even have a picture of him with his unit at the Arc de Triomphe. He drew an arrow to himself – the ‘me’ in the picture. 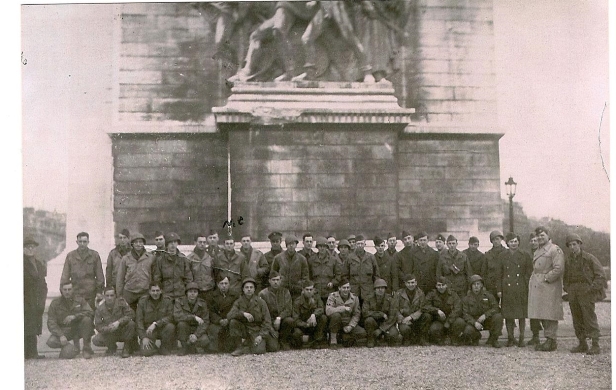 I don’t know what happened to Wanda Smithey after that. My uncle went to work for a company in Louisville, Kentucky. There he met and married and made a good life for himself until his untimely death several years ago.

Since my mother’s death, my sister and I have been going through her belongings and sometimes that has turned into the belongings of our grandparents as well. In one of those boxes was this portrait of Wanda Smithey. We knew her name because our mother found the picture after her mother died and often commented about her desire to return it to Wanda or to her children and/or grandchildren. My aunt, the last survivor of the three siblings, also verified the name.

I assume Wanda Smithey got married and had a wonderful life. She was certainly a lovely lady with a warm smile and shining eyes. She would be close to ninety now, give or take a few years. I would love to return this to her or to her family. If she is still living, sitting with her and talking over that time in history would be terrific.

I have searched the local paper archives, but I don’t have a married name for her, so nothing shows up in her name. If you know her, suspect you know her, or someone in her family, I’d love your help.

Have you ever found someone by a picture? If so, what did you do and what was the outcome?

43 thoughts on “The Portrait of Wanda Smithey”