A poet I met at a writer’s event called to ask me about my experience at the University of Iowa during the Two-Week Novel Writing Intensive. 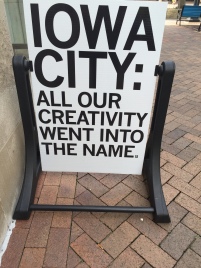 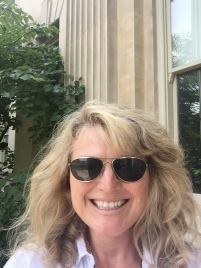 My reply: “There’s a reason they call it intense.”

This was followed up with: “A layer has been added to my writing tool kit, one that is slightly more complex and reader-focused.”

For those unfamiliar with the program, it is part of their Summer Writing Festival, though it and the Two-Week Screenwriting Intensive are slightly different from the other classes. These two workshops are juried. Each submission must already be completed or close enough to completion to have a sense of the author’s intent, and it must be sent in with the application for consideration. Of those, ten are normally selected for participation.

That’s when the real work begins. Since other professors may or may not approach this workshop in the same way, let me preface my experience by saying it is particular to me, the class of 2016, and the professor, Elizabeth Stuckey-French.

After receiving notification that my Young Adult had been chosen as one of the ten novels to be workshopped, I then received instructions on what was expected of me as a participant. Changes could not be made to the manuscript, we would all read each other’s novels and write a letter to each author with a list of points in mind—the professor furnished a list of questions to bear in mind as we read—and we would all read acclaimed author Larry Watson’s Let Him Go.

This not only gave us a sense of the authors and their projects, but allowed us to come to class prepared to discuss their hits and misses.

What did they do well?

Which scenes could use some work?

Where did we get lost, or bored, or simply not believe the novel’s main character?

We also dissected Let Him Go, and when we discovered Larry Watson was appearing in Iowa City to read from his new work, As Good As Gone, we all assumed Elizabeth Stuckey-French had arranged it to concur with our time at Iowa. She hadn’t. This was all a bit of a surprise for her; just one of those serendipitous moments in life that knock your socks off.

Here we were, studying and questioning things the author did or didn’t do, and we were given the opportunity to show up and ask him in person. Wow! We turned it into an event, having dinner together before proceeding to Prairie Lights Bookstore for the reading.

I think he was a bit surprised by it too, and completely charming and cooperative. He also teaches, so I suppose it was a full circle moment for him as well.

Basically, the entire campus at University of Iowa is dedicated to the arts.

“Iowa City in the eighties was never going to be Paris in the twenties, but we gave it our best shot.” — Ann Patchett

Pianos wait patiently in the Pedestrian Mall for someone to sit and play a tune. Performers and orators take to the sidewalks, book-shaped sculptures pay homage to the greats, as does Iowa City’s Literary Walk where famed authors who’ve passed through the hallowed halls of U of I are awarded a quote on one of the bronze plaques set into the sidewalk. 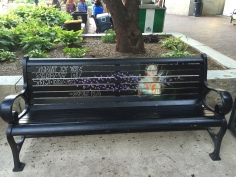 Another gift of being on campus with writers from across the United States, was the ability to get together after a grueling day and talk out the issues that arose for that author during their critique. Sometimes it was simply to apply a salve, especially when we could understand based on our own painful moments of being in the spotlight. But often it was just to help the author work out a scene issue, or a point of view which seemed unnecessary.

“Any reviewer who expresses rage and loathing for a novel is preposterous.  He or she is like a person who has put on full armor and attacked a hot fudge sundae.” –Kurt Vonnegut

A campus plus was the Eleventh Hour Series which occurred daily at—you guessed it—eleven o’clock. There were various lectures on craft from a wide variety of the instructors. Auckland, New Zealand author Paula Morris was a favorite of everybody’s due to her witty and humorous take on the art and craft of storytelling.

Of course the food was good. 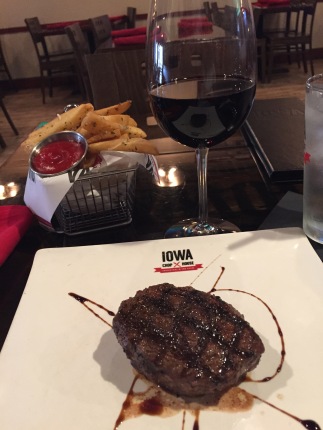 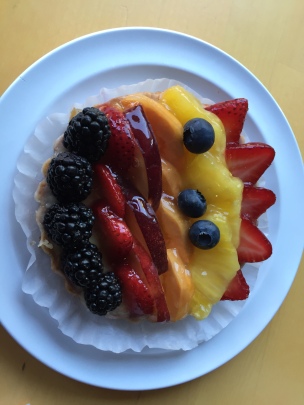 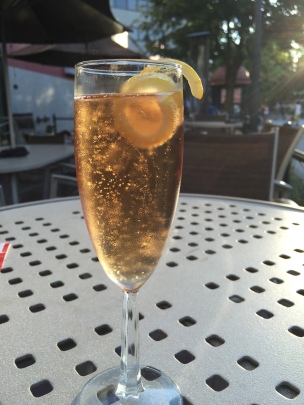 We all know to write well we must dine well. That wasn’t a problem either. Like most college towns, Iowa City offered wonderful places to eat. Afterward we then had great space for walking off the calories. 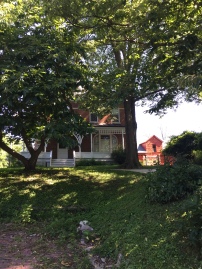 Climbing the hill to Kurt Vonnegut’s previous residence on Van Buren Street, the Gaslight Village—both right off Brown Street—numerous book shops, the Old Capital, the river walk, even a trek through Oakland Cemetery—complete with a spooky Halloween tale of being struck dead if you dare touch the Black Angel statue on October 31—proved an interesting and calming green space for getting a little exercise.

So what did any of this have to do with my novel?

Well…it gave me some new perspective and direction. I learned a few pacing tests to put my project through, picked up some skills for commanding better focus and interconnectivity of my main characters, new ideas on how to be a better and more thoughtful reader of other writers’ works, dialogue hints, and ways to present myself and my work when we are both agent-ready.

Plus, I made some new writing friends, and that is never a bad thing.

Were there some uncomfortable moments?

As with most things involving individuals, personalities can get in the way.  There can be those who see your critique time as prime real estate to showcase themselves.  We learned rather quickly to tamp this sort of thing down.  With only one hour for the first half of the project, and one for the second half, there was precious little available to sacrifice to off-topic conversation.

“Everywhere I go I’m asked if I think the university stifles writers.  My opinion is that they don’t stifle enough of them.”–Flannery O’Connor

Let’s talk about something very serious for a moment…Iowa in July and the heat and humidity.  Geez.  I thought we had it bad it the south, but let me tell you, they aren’t joking when they talk about the microclimate created by massive corn fields.  Brutal.

Of course there is always the possibility of bad storms, tornadoes, floods, shelf clouds bearing down as though a lid snuffing out the sun.  One day during class the siren sounded.  It was an eerie sound that prickled my scalp and sent shivers down my spine.  But a local in class knew where to go for the recent forecast and eased our fears of a tornado alert.  It was merely a storm warning.  All the same, I located a shelter next door the following day, just to be on the safe side.

But the sunsets made up for that–long colorful stripes in a wide sky.

Renee Johnson is the author of Acquisition, and The Haunting of William Gray.  She is currently working on a Young Adult novel, while editing a suspense novel which has international flair–an homage to her love of travel and foreign food.  She lives on a farm in North Carolina with her husband, Tony Johnson, and two very spoiled German shepherds named Hansel and Gretel.

15 thoughts on “What I Learned at the University of Iowa’s Two-Week Novel Writing Intensive!”